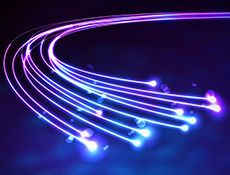 FTTC or Fibre to the cabinet has now been installed at Fielden Street and now at Cowcaddens and is performing well.  Network speed has upped from 4-5mbs to about 35mbs at the site, a substantial improvement.  Full performance benefits on the Business Network will not be seen until Day Support where the primary servers are located is also upgraded to FTTC – hopefully by the end of 2016.  But most importantly the overall reliability of the network at Fielden St and Cowcaddens has increased dramatically with only the odd issue now being reported – subsequent network connectivity has been very good with only rare disconnection or unavailable issues being reported.

As part of the residential house upgrades to FTTC, Ballater Street and Tollcross will be upgraded next and will hopefully show the same level of performance / reliability improvement.

As mentioned in an earlier post, Fibre based networks at all our sites are now potentially available and we are therefore commencing a pilot investigation of how installing and using fibre networks will improve the performance and reliability of our computing network – especially the connection between all our residential locations and the servers at Moffat street.  Currently the Residences and Moffat St have transfer rates of about 5mbs – upgrading to fibre should see constant reliable speeds of about 30 to 40mbs – possibly an 8x increase in performance.

As some of you may already be aware fibre is a major jump forward in performance from broadband, which is what we currently use and while that has worked for us for a number of years there has certainly been issues with reliability and the speed of service is less than ideal for a business environment.

If fibre brings the level of performance and reliability that it claims to offer, then there will be a substantial improvement in the overall effectiveness of Hayfields computing service.  The level of commitment Hayfield has to using computer based resources and information systems, and which is only going to increase as time passes, then it is critical that we have the basic network infrastructure operating at a level that satisfies needs – it does not matter how useful computers and software is, if your unable to connect, or if the connection runs slowly we have problems that impact how we get the job done and that is an irritation we need to avoid.

The Fielden Street residential site will be the initial pilot for the fibre install and will be used to measure the value of upgrading all our locations to fibre.  If Fielden St is successful then the pilot will be extended to all the other locations in Hayfield.

So what does this mean to you in practical terms.  Quite simply, if it works to its potential then you will be using modern high speed, high reliability computer services and their networks whenever you need to access them.

I will post further details on arrangements and date schedules as they occur.  Feedback on how the pilot is progressing and what kind of improvements we are seeing will be added to this post as appropriate.